Illustration of improved attention obtained using Differential Context Network. Using the baseline reference we got answer as: Black and White But, using our methods DAN or DCN we get answer as Brown and White, that is actually the color of the cow. We provide the attention map that indicates the actual improvement in attention.

In the DAN method, we use a multi-task setting. As one of the tasks we use a triplet loss to learn a distance metric and the other task is the main task of VQA.

We next propose where the differential context feature is added instead of only using it for obtaining attention. The first two parts are same as that for the DAN network. third terms gives the context vector using projection and rejection netwrok. 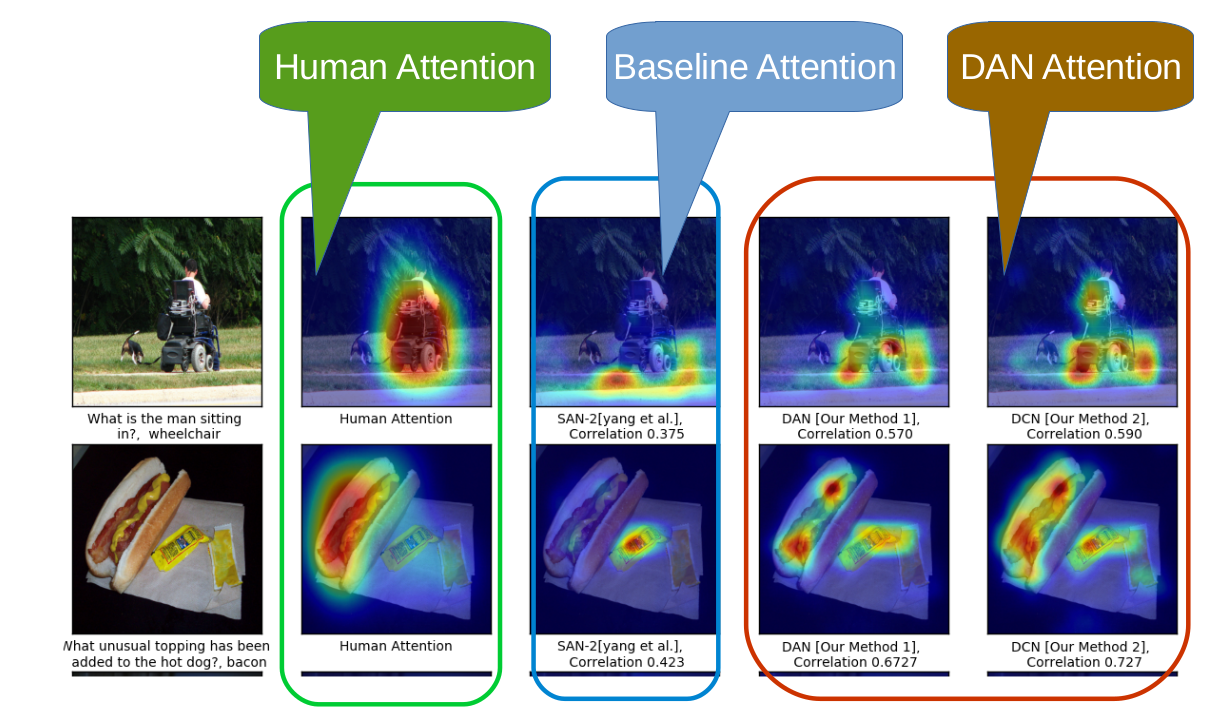 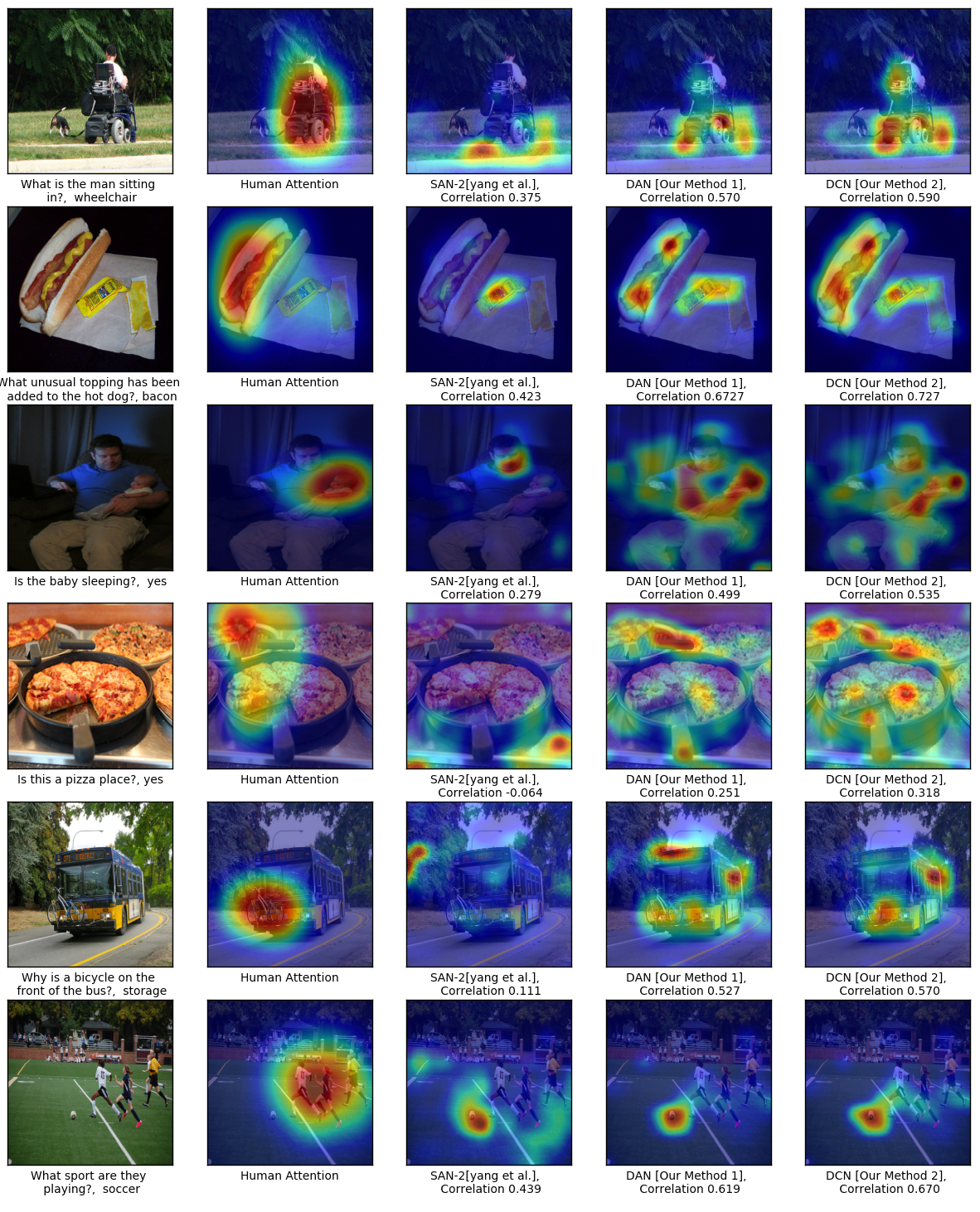 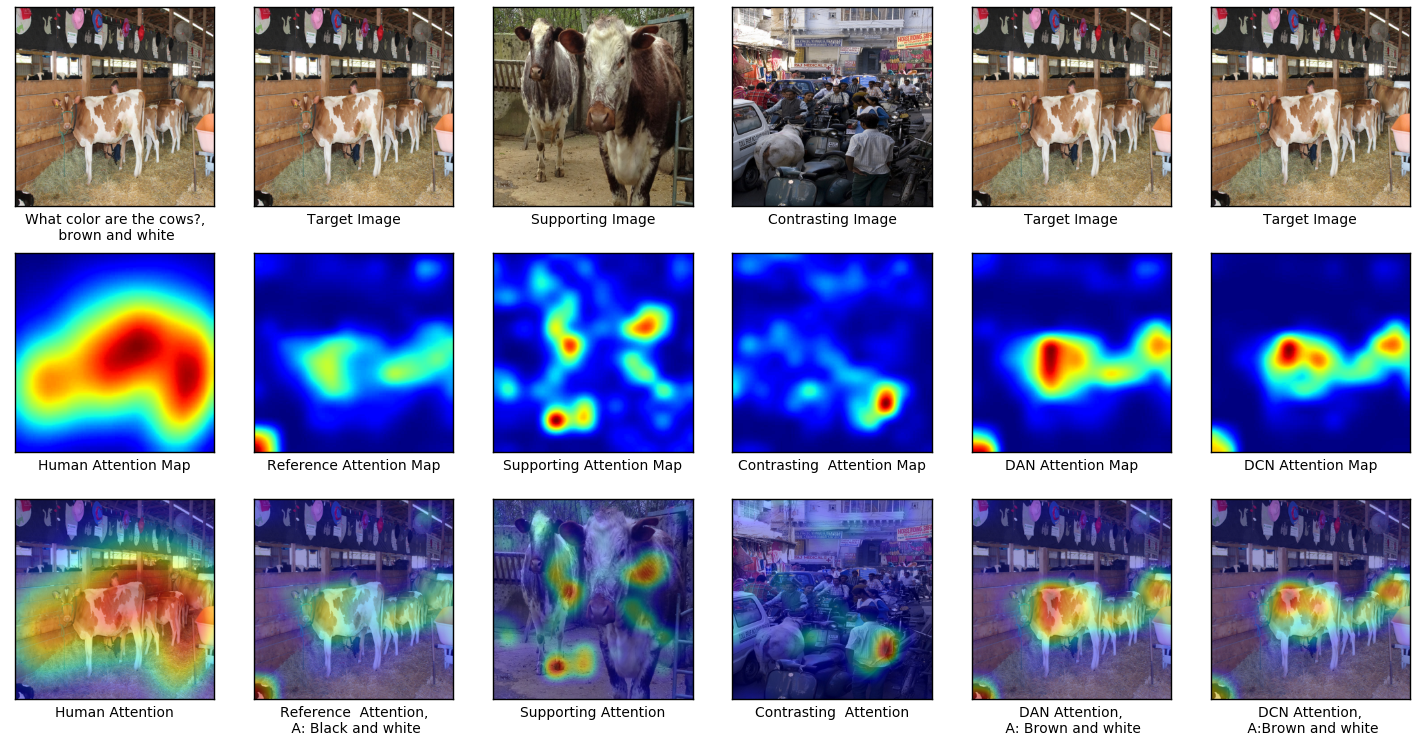 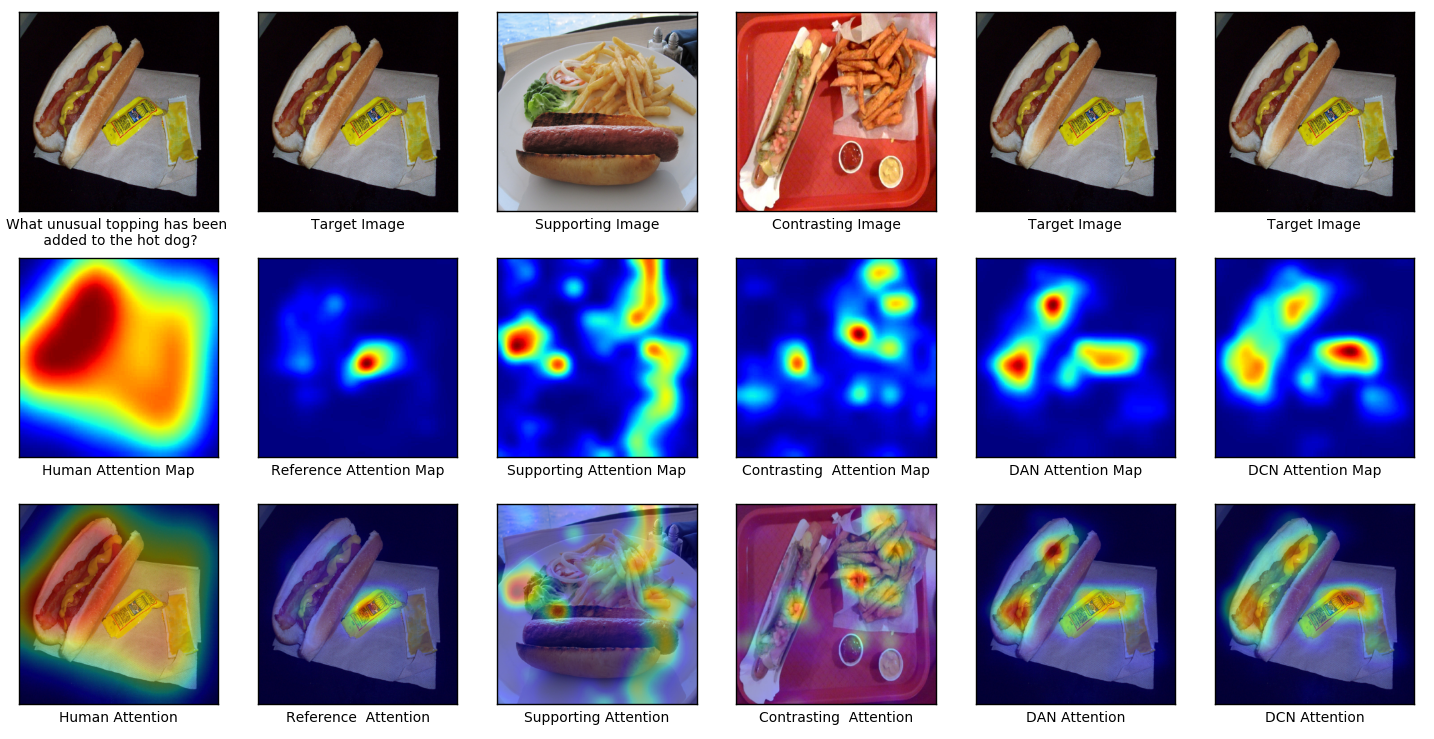 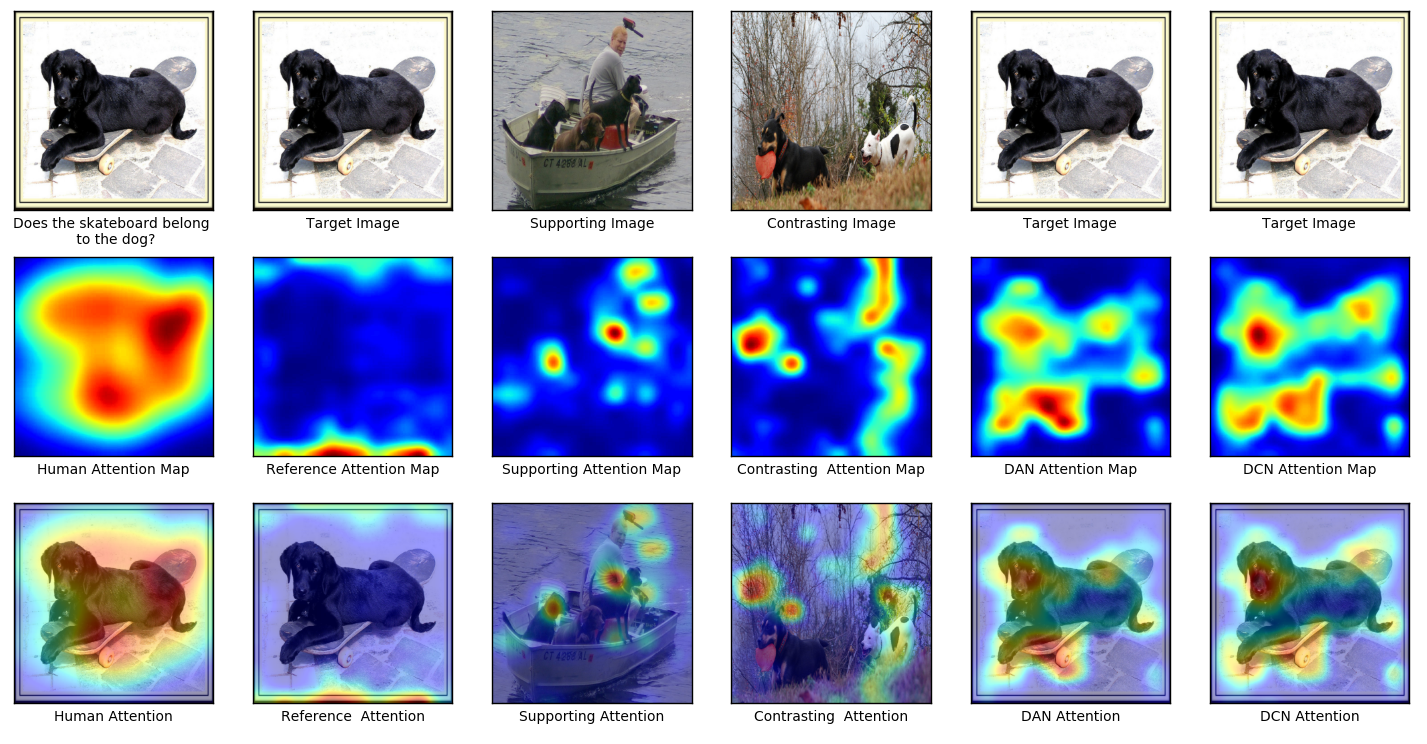 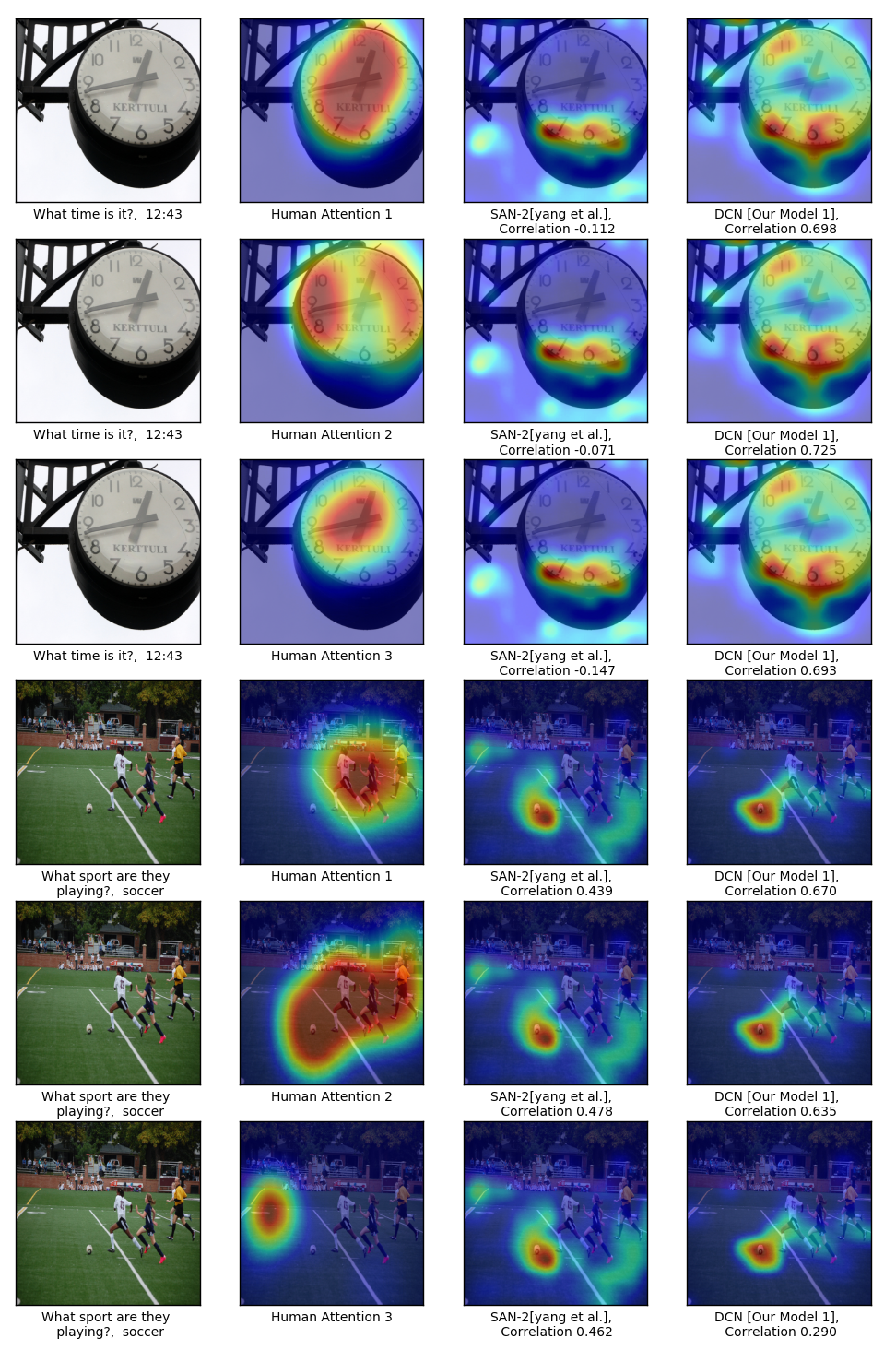 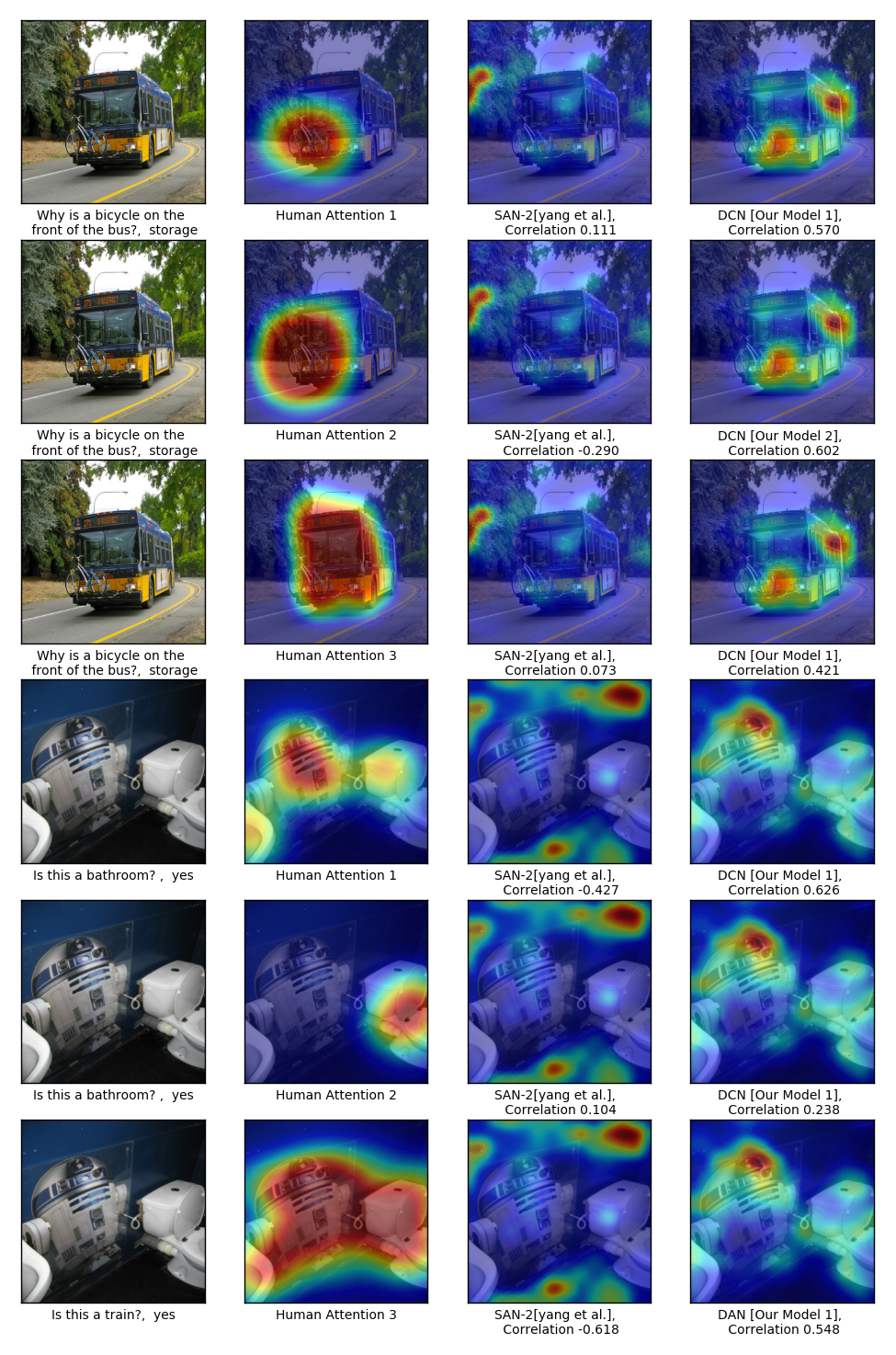 Attention Visualization of DAN and DCN 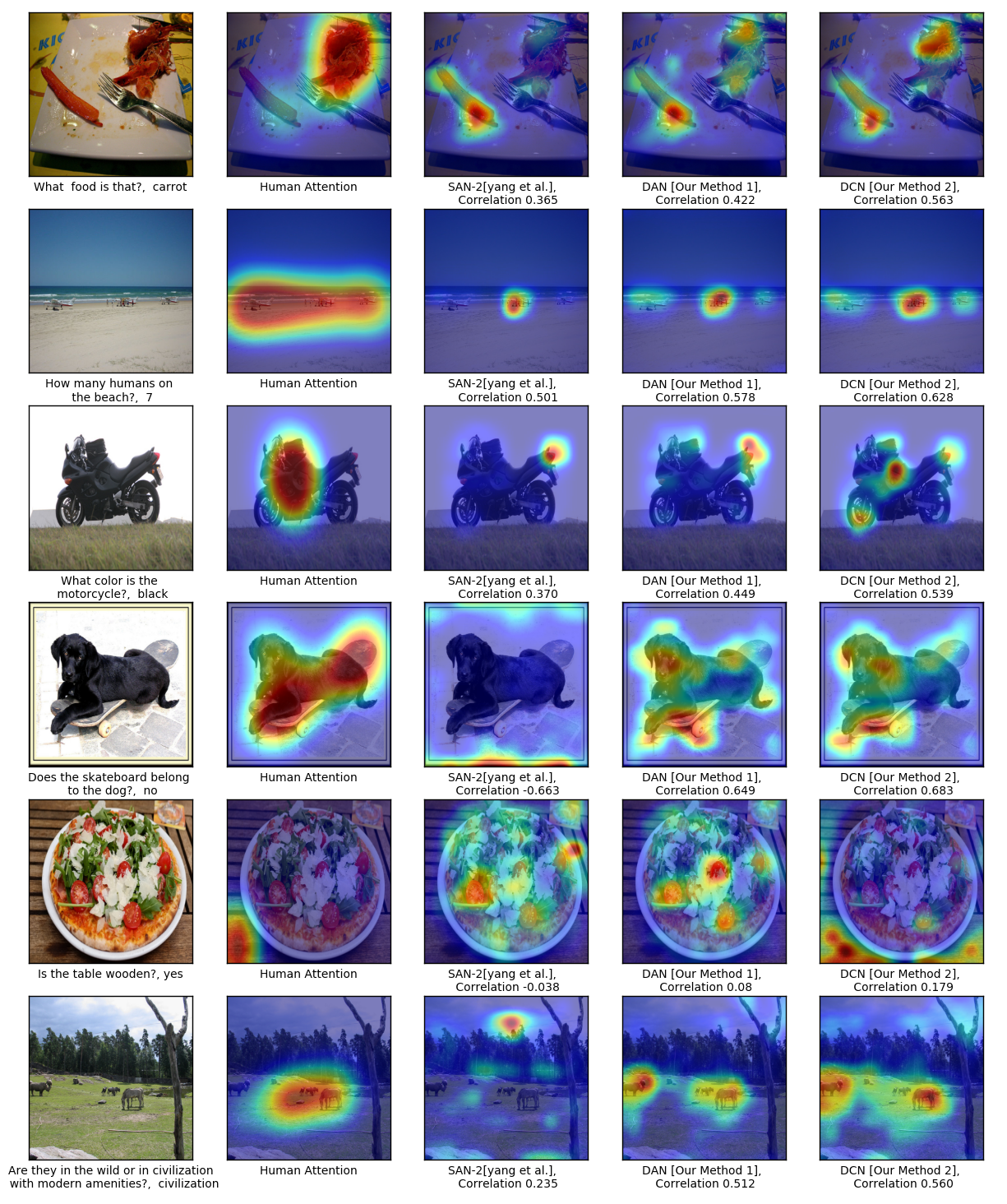 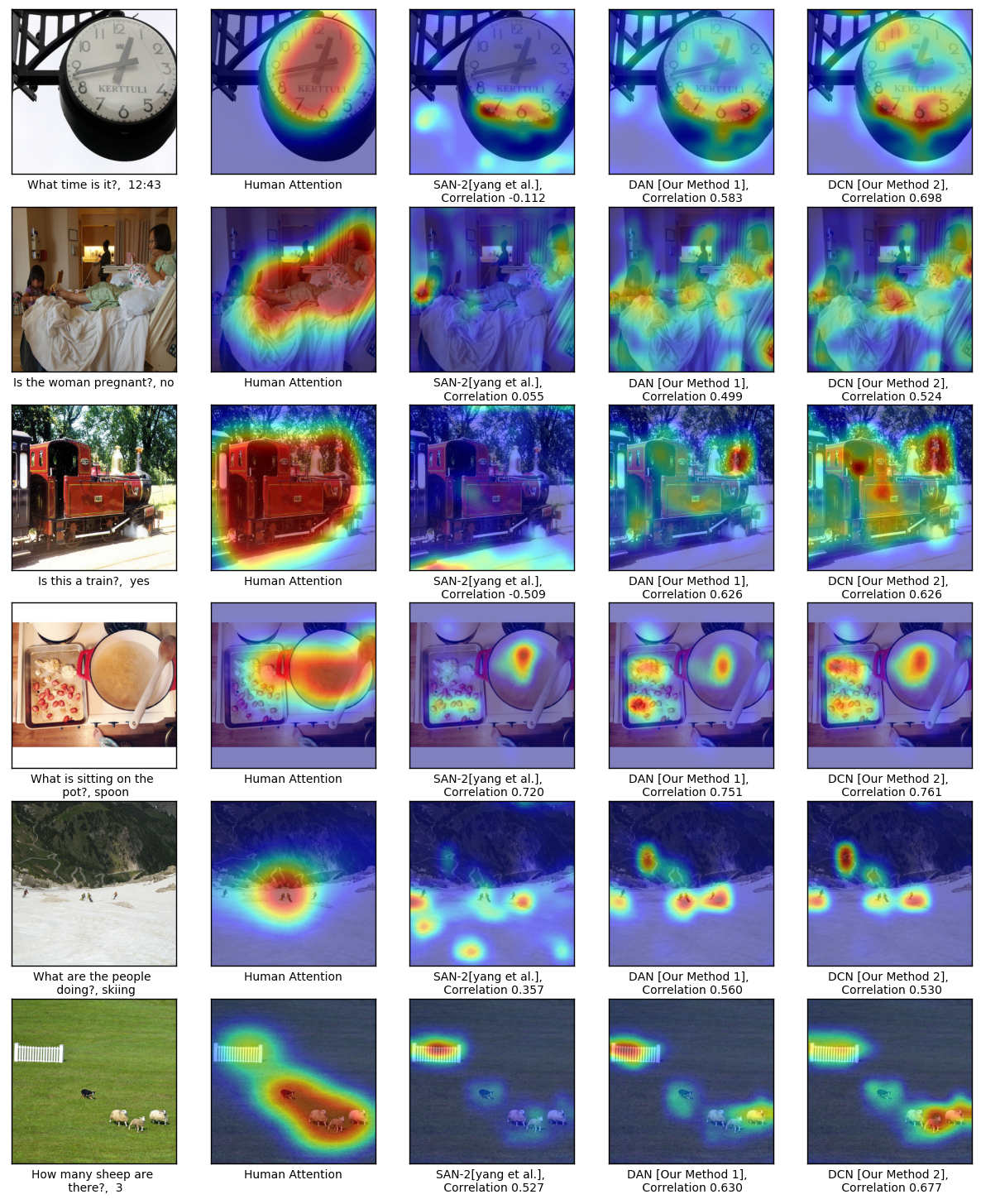 How important are the supporting and contrasting exemplar?

Contribution of different term in DCN